We have so much to be Thankful for. As another year speeds towards a close, Thanksgiving presents a perfect opportunity to re?ect on how much we have to be thankful for in this life. Unwinding and spending time with Family and Friends while partaking in Food and maybe a little Drink is the perfect way to appreciate the things that make life so special. After this volatile election cycle, and the breakneck pace of today’s professional world, we could all use some downtime to refocus on what is really important. We at Avid Realty Partners are so thankful for our blessings, and we are wishing You and your Family the very best this holiday season, and into 2017.

After this Volatile Presidential Election, Life Goes On (and we are Thankful for that Too)

Regardless of your position on this Election, life carries on. For those of you disappointed by the recent Presidential election results, the anxiety and uncertainty is unnerving, but life goes on. For those of you happy with the recent election results, you are excited by the prospects for change and believe that the People have spoken to Make America Great Again. Personally, I believe we should keep an open mind, good or bad, and assess the data as it becomes available, which only happens slowly over time.

Let’s speculate anyways. In the meanwhile, we can and will speculate as to what new policies will get enacted, and the impact that they will have on the broader economy, since this is the issue that matters most to the largest number of people. With both the House of Representatives and the Senate firmly in Republican control (slightly less firmly in the Senate but still likely a 52-48 scenario), legislation should get pushed through aggressively. So, following President-Elect Trump’s short policy preview video released yesterday, let’s take a look at some likely outcomes:

Trump Still Cannot Overcome the Laws of Physics or Other Realities

Some realities exist that Trump cannot escape. The Truth is that it has been eight full years since the last economic Recession engaged. Recessions and ?nancial cycles happen, that is a reality of the World. Here are some things that could give rise to challenges in Trump’s presidency:

Figure 1. There Have Been Nine Recessions Since 1957, About Every Seven Years 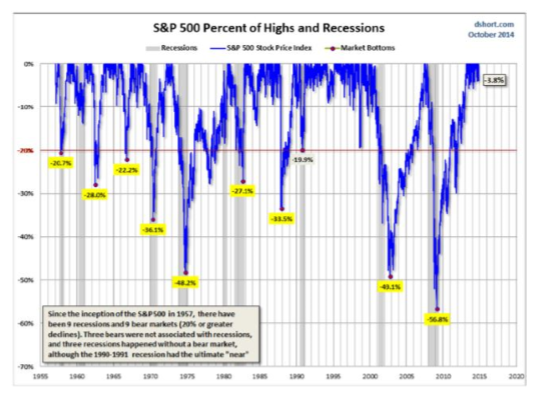 We are Risk-Protecting our Projects Through Cycles

We are Risk-Protecting our projects from softer prices and a possible economic slowdown. We are taking a variety of actions to risk protect ourselves while buying at this point in the economic cycle:

We intend to cash flow through cycles, buy at reasonable prices, and create value along the way through active management and renovations. Our team is willing to do the hard work to optimize these properties from both a renovations and operations perspective.

Ramping Crowdfunding Effort via Meetup.com Platform. Recently, Avid Realty Partners began to build out it’s Crowdfunding Platform. While this effort is in its early and formative days, we intend to Crowdsource deals, analysis, and capital to pursue the most attractive MFU Apartment and Hotel opportunities in the market. Join our Commercial Realty Investment Club if you would like to participate in analyzing and investing in sizable commercial realty projects. If you have a deal you would like to pursue as the Project Sponsor, reach out to us with deal speci?cs here.

We seek Accredited Investors and Off-Market Properties. If you are an accredited investor interested in reviewing some of our current deals, just let us know. Also, we seek attractive off-market opportunities, particularly class B and C value-add MFU Apartments in the 100-250 range unit size. If you have any such opportunities please email us here.

Have a happy, healthy, and joyful Thanksgiving holiday ahead.

We Are Actively Buying MFU Apartments

We Are Actively Buying MFU Apartments